Share a memory
Obituary & Services
Tribute Wall
Read more about the life story of LaVerne and share your memory.

Catherine LaVerne Wood, age 83 of Monroe, went home to be with her Lord on Monday, January 16, 2023 at the IHM Senior Living Community.

LaVerne first married Merrell J. Young in Florence, Kentucky in 1959. They raised a family of four children. Her second marriage was to Michael R. Wood in Sarasota, Florida in 1985. LaVerne worked as a reservation agent and retired from the U.S. Airways after many years. Most importantly, she loved spending quality time with her family.

LaVerne was a mother, stepmother, grandmother & friend that was a person to be reckoned with! She was so strong willed, a two-time breast cancer survivor and a fierce fighter. She was genuine and down to earth. LaVerne did not beat around the bush, and she took no B.S. After going through several illnesses and finally, a pulmonary embolism, she passed away peacefully knowing she was loved and that she would be dearly missed.

In accordance with her wishes, cremation has taken place. A small memorial service will be held at Woodland Cemetery and Arboretum, 118 Woodland Ave., Dayton, OH 45409 in the Mausoleum near the main gate on Friday, January 27, 2023 at 3:00 PM. There will be an informal gathering after at Marion’s Pizza 711 Shroyer Rd. Dayton, OH 45419

Funeral arrangements were entrusted to Rupp Funeral Home. Online condolences may be sent to www.ruppfuneralhomeinc.com 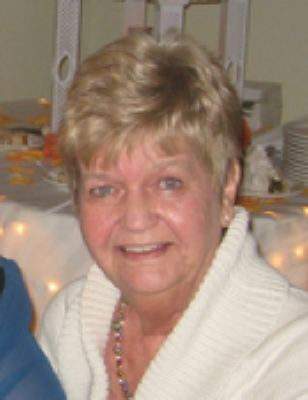 Family and friends are coming together online to create a special keepsake. Every memory left on the online obituary will be automatically included in the book.

You can still show your support by sending flowers directly to the family, or by planting a memorial tree in the memory of LaVerne Wood