Share a memory
Obituary & Services
Tribute Wall
Read more about the life story of Julian and share your memory.

Julian Vanisacker, age 88, of Monroe, passed away unexpectedly on Tuesday, January 11, 2022, at the ProMedica Regional Hospital of Monroe.

Born August 4, 1933, in Monroe, Julian was the son of the late Peter and Zulma Vanisacker. He attended and graduated from Monroe Catholic Central High School in 1952. In his time at MCC, Julian was a member of the football team. Julian then married the love of his life, Joan, on September 27, 1952, at St. Irene Catholic Church in Dundee. They eventually became snowbirds and traveled to Florida every winter for thirty years. Julian and Joan were married for fifty-five years before her passing in 2008. For the last 13 years, Julian made his home with his companion, Fran Ingels.

Julian made his living at General Motors Automotive for 32 years. He worked his way up to Production Supervisor and eventually retired in 1988. Julian was a longtime member and usher at St. Michael’s Catholic Church of Monroe. He was the football coach at St. Michael’s in the late 1960’s. Julian was also a member of the First Downers Club, Monroe FOE Aerie 2254, Monroe Moose Lodge, Monroe Knights of Columbus, Belgian-American Club, Monroe Senior Center, Monroe Bike Club, and he participated in Relay for Life. In his free time, Julian was a faithful Detroit Lions and Tigers fan. He could be found bowling every Friday, bike riding, playing cards, woodworking, playing softball, completing puzzles, and playing horseshoes.

Julian is preceded in death by his parents, Peter and Zulma Vanisacker, and wife, Joan Vanisacker.

Family and friends may visit on Monday, January 17, 2022, at Rupp Funeral Home from 2:00 to 7:00 pm. The funeral service will take place on Tuesday, January 18, 2022, at St. Michael Catholic Church. Julian will lie in state at 10:00 am with a funeral mass beginning at 11:00 am. Father David Burgard will officiate. Burial will follow immediately at St. Joseph Cemetery in Monroe.

In lieu of flowers, those wishing to make a memorial contribution in honor of Julian are asked to consider St. Michael Catholic Church of Monroe or the Monroe Knights of Columbus.

Online condolences or words of comfort may be made at www.ruppfuneralhomeinc.com 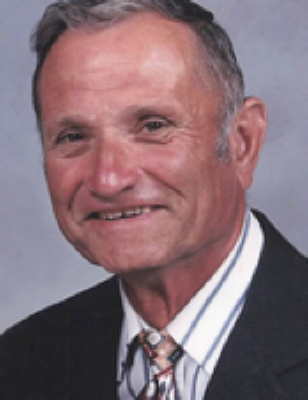