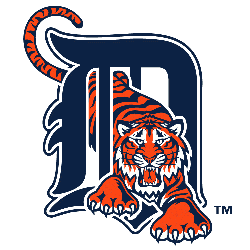 John Robert Moran, 64, died 8/30/21 at the VA Hospital in Saginaw Michigan, while recovering from a fall in his home in Ann Arbor.

John was born 4-9-57, in Toledo, Ohio to Robert and Priscilla Moran. He lived his younger years in Monroe, Michigan.  He graduated with honors from Monroe High School, Class of 1975.  He was a member of the MClub, and National Honor Society.

He left Monroe to join the US Navy. After his Honorable Discharge, John attended the University of Toledo.  He graduated with a bachelor’s degree in Education. Around the same time he discovered the theater.  He was involved in a few productions with the Bedford Players. Friends and coworkers will remember him from Toledo Express Airport, The Delta Corp. and Sunrise Windows. He retired in 2019 from Kroger Company, Ann Arbor, where he had earned the status of Cheese Master!

John was most proud of his service in the US Navy. Rarely would you see him without one of his many US Navy ball caps. He served 10 years from 1977-1987. He obtained the rank of E5 as a Pharmacy Tech/Hospital Corpsman. His time in the Navy took him to Naval Base Yokosuka, Japan.  He recalled his time in Japan as usually being the tallest man in the elevator!  He brought back beautiful paintings and kimonos for his parents which are cherished by the family.  He also survived Typhoon Tip. Later, he was stationed at the Naval Support Facility Diego Garcia.  Diego Garcia was considered hardship duty. According to John it truly was, “a rock, in the middle of nowhere”. He ended his career in Orlando, FL.

John had a passion for learning. He had a mind like a computer. He read almanacs, sports news, and newspapers avidly   All the while, he was absorbing statistics, data and information.  This computer like mind and the information it stored served him well!  He loved Jeopardy, trivia games and was a tough competitor.  He enjoyed online games and card games, too.

John was a gadget person. He enjoyed technology and social media. He was an animal lover and felt deeply the loss of his many pets over the years.

He liked listening to music and sports on the radio. He enjoyed listening to artists from classic rock to classical.  An avid sports fan, he participated in youth baseball and basketball. In High School he earned a varsity letter in Cross Country. He loved baseball, especially the Detroit Tigers.  He watched many spring training sessions while stationed in Orlando.  He celebrated the Pennant years and cheered “Miggy’s” 500th home run.  He was happy for the youngsters from Taylor, Michigan who won the of Little League World Series. On top of all of that, he was a huge University of Michigan fan. Go Blue!

He loved the military community.  As a Veteran he received great support from both the Monroe and Washtenaw County Veteran Services improving the quality of his life substantially. To his many Doctors, Nurses and other professionals such as his case manager, Jon Gendreau of the HUD-VASH program, “Thank You,” for helping our big brother. We are so grateful.

John was sober for 20 plus years and a non smoker for over 9 years. These were important changes in his life, as was his baptism as an adult at Redeemer Fellowship Church. Where he professed his love for Jesus Christ.

John was blessed in his friends from school, the Military and the places he worked. He was happy to connect with old and new friends on social media. His daily posts were his way of sharing God’s loving compassion and positivity. It was his way of making a difference. John faced life’s ups and downs with courage and the determination to finish his race well. Looking back at his life, knowing the magnitude of his struggles, we who love and miss him are in awe of his accomplishments.

Thank you for your expressions of sorrow at his passing and for sharing memories and heartfelt condolences. We his family miss him terribly and cherish our memories of him and are blessed that he touched so many lives.

Preceded in death by: Mother, Father and both sets of Grandparents.

The family will receive guests in Monroe, on October 15 from 1-3p to celebrate John’s life at Monroe Vineyard Church, 14930 LaPlaisance Rd Monroe, MI.  The family asks that you help us to honor John by wearing your favorite School/University, Patriotic, or Team Jersey or ball cap.

Donations can be made to the family to help defray funeral costs or to your local Veterans Group.