Share a memory
Obituary & Services
Tribute Wall
Read more about the life story of Diane and share your memory.

Diane Kay Steinman-Jones, 74, of Monroe, passed away peacefully with family by her side on Wednesday, January 18, 2023 in her home under the care of Hospice of Northwest Ohio.

Diane was born May 14, 1948 in Monroe, the daughter of Walter and Viola (Chambers) Steinman. She graduated from St. Mary Academy in 1966 and continued her education at Siena Heights College where she earned a Bachelor of Arts degree.  Diane married the love of her life, Benjamin Jones, on August 13, 2004. They spent over 18 years together.

Diane was employed doing what she was most passionate about, helping people. She was the Assistant Director of Frenchtown Senior Center and later served as the Administrator of the Maryhaven Senior Living Community in Southgate before retiring in 2009. Diane was a member of Trinity Episcopal Church of Monroe and volunteered much of her time and energy to help facilitate church activities.

In her free time, Diane enjoyed being creative with needle work and sewing.  She was a cherished member of the quilting group at Trinity, where she was highly respected for the quality of her craftsmanship and ability to teach/ learn from others. Diane made it her mission to make items to donate to the church and to people in need.

Diane will be remembered as a quiet, outgoing and gracious person; she was patient, generous and nonjudgmental.  Her close-knit family meant the world to her.  Diane was admired for triumphing over adversity while raising two sons as a single parent.  She will be greatly missed by all who knew her.

Diane is survived by her husband, Ben; her sons Corey and Chad; her daughter-in-law, Tracy; her grand-daughter Reyna; her sister, Anita; her niece Rebecca and her nephew Isaac. She was preceded in death by her parents, Walter and Viola (Chambers) Steinman.

In accordance with Diane’s wishes, cremation has taken place. Plans for celebrating her life at Trinity Episcopal Church are pending. In lieu of flowers, memorial contributions may be made to Episcopal Church Women - 11 West Third Street, Monroe, MI  48161.  Online condolences may be sent to www.ruppfuneralhomeinc.com.

A memorial service has been scheduled for May 13, 2023. Details to follow. 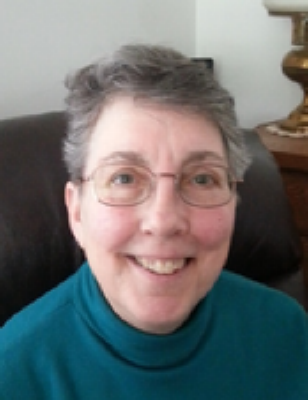